Much of the sociopolitical situation that Roma people face, especially in the Spanish State, is reduced to a simple and plain fatalistic casuistry without any determined origin or possible end. In other words, it is unclear for what reasons, but the Kale live in dirty overcrowded ghettoes within metropolitan hinterlands; fail badly in schools and high-schools- if they arrive there at all- ; it is not known why, but Roma and Romnja are scandalously poor, afraid of police and public administrations, it is not known why, but the Kale people inhabit the prisons of the territory and are targets of policies aimed at “groups at risk of social exclusion” through state programs executed by social services in their failed attempts to remedy through control and discipline their unconscious guilt complex.

The historical oppression of the Roma community is fueled by a strong mystical discourse, almost theological, that has intoxicated the Roma vision with the dangerous germ of the dominant existential pessimism. It is impossible to transform the Roma lives; such is the dogmatic epithet with which any possibility of political change is closed. This is a theology of resignation, heir to the State nihilist religion, which opens the door to social immobility and culturalist folklorism, if not to a purely reactive endogamous activism that has lost sight of who the real enemy is. The effects of this eminently anti-Gypsy ideology affect Roma themselves psychologically and morally, creating emotionally uprooted subjects who entertain themselves in a dehumanizing race of competition for economic crumbs or for individual, social, political, economic and academic status.

However, the causes of the situation of injustice experienced by the Roma communities are explained with the main point of focus the patterns of oppression inaugurated by the modern State. Therefore, if we agree that the form of racism that affects our community has specific historical and ideological roots, we must recognize that there are – and if there are not, we should create them – concrete ways to destroy the foundations of this miserable reality. This implies embracing a certain form of optimism that envisions the future end of racism, the abolition of the race and its tentacles. As far as our people are concerned, not even the dominant anti-racism has been able to adequately reveal the forms from which the Kale are ironically imprisoned in life, despite the importance of a lucid analysis of anti-Gypsyism in the Spanish state can provide essential clues to the general criticism of racism in this territory.

The segregation of Roma students, who share a destiny with the communities from the former colonies, represents an overwhelming reality in hundreds of educational centers from Andalusia, Catalonia, Valencia, Galicia, Castilla y León, Basque Country, Castilla La Mancha, Murcia, Extremadura, etc. that has been denounced by organizations as little suspected of being anti-systemic as the Agency of the European Union of Fundamental Rights (FRA) or even by the Ombudsman. If the Roma families are segregated in the public space of the city, displaced towards the peripheral neighborhood, the ghetto school represents only a way to strengthen the continuity of a precarious and underdeveloped existence for a human community whose successful domination depends, fundamentally, on its claudication to the fate of social death that is fabricated from the institutions.

But beware; what worries us is not the supposedly neutral fact that there are schools in which the percentage of Roma children and migrants reaches the overwhelming majority. The point is that this is a reality that is far from being harmless and intercultural. We know well since many of us have attended these schools and high-schools, the poor, deficient and racist education class that is taught in such centers. We have not only been students in these classrooms, we have also worked in them as mediators and as technicians in the prevention of school absenteeism in our adult age. We do not speak of hearsay nor are we guided by the judicious opinions of those who build mediocre discourses and lukewarm analyzes that satisfy all sectors of the parliament. The reality experienced by these young people in segregated schools is simply unbearable. The extraordinary laziness and demotivation of the majority of the non-Roma teachers who run these schools are compounded by their lack of training and, often, their lack of interest in the problem of racism. Soon, these boys and girls learn that they are inferior, that they do not have the capacity to aspire to their true goals, but that they must content themselves with occupying the subaltern place of their parents: the supposed natural place of Roma in the contemporary European society. It is in this atmosphere of control, of contempt and forgetfulness that they learn the most important and functional lesson to the system that oppresses them: it is not worth fighting.

We dare to warn that one of the fundamental fronts of the emerging anti-racism of the Spanish State should be the racial segregation of the educational system. As on so many other fronts, the Roma experience can clarify fundamental blind spots of anti-racist analysis and struggle. If our migrant brothers and sisters want to discover how their descendants will be treated in the cities of the Spanish State, they only have to look at the Roma. If they want to acquire more strength in their denunciation of the harmful fallacy of integration, they only have to look at what has become of us in these territories during the last five centuries. To denounce the perverse institutional dynamics that direct our young people to these segregated centers, to publicly confront their situation and the conditions that make it possible through media campaigns of information and rejection is currently consolidated as an urgent need in the anti-racist field. It has been said that the key to our perception on this issue is to stop assuming that young Roma fail in the education system to go on to denounce that it is the education system that fails with them. It is not true; the educational system does not fail. In fact, it successfully achieves its goals year after year: frustrating and subalternating Roma youngsters as well as other racialized young people. Therefore, we do not harbor a naive perspective on the supposed noble intentions and sad failures of the educational system, but we point to it as a key device of control and power, as well as a transmission belt of institutional racism. 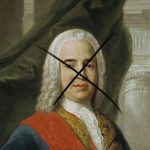 May 16, the Romani Resistance continuesArticles, Featured 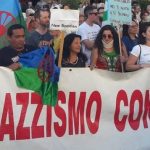 Urgent communication – The Anti-Roma Europe Does Not Take a Break!Articles, Featured